Sunday night I set up one of my Twitter accounts to notify me when Jim Thomas and Tom Timmerman of the Post-Dispatch, Lou Korac of NHL.com, and Jeremy Rutherford of the Athletic.com tweeted (sent a tweet). Needless to say, around 7 AM HST my feed started going berserk.

Jim, Lou, and Jeremy were all at the Centene Community Ice Center in, my hometown of, Maryland Heights MO. The excitement and joy that I saw in the number of responses and retweets started to become infectious. While the three of them made me so jealous as they tweeted videos, line combinations, and pictures of some of the new blues, they and Twitter also made the day just that much better.

Krug and Parayko in the top defensive pair. #stlblues pic.twitter.com/BCeRGd9Pr7

A Twitter war erupted between The Hockey Podcast Networks western division shows. The Bluenotes podcast, Sporty with Ritchie, and Cory, and Weekly Knightly. The banter was over where everyone picked each team to finish in the division. 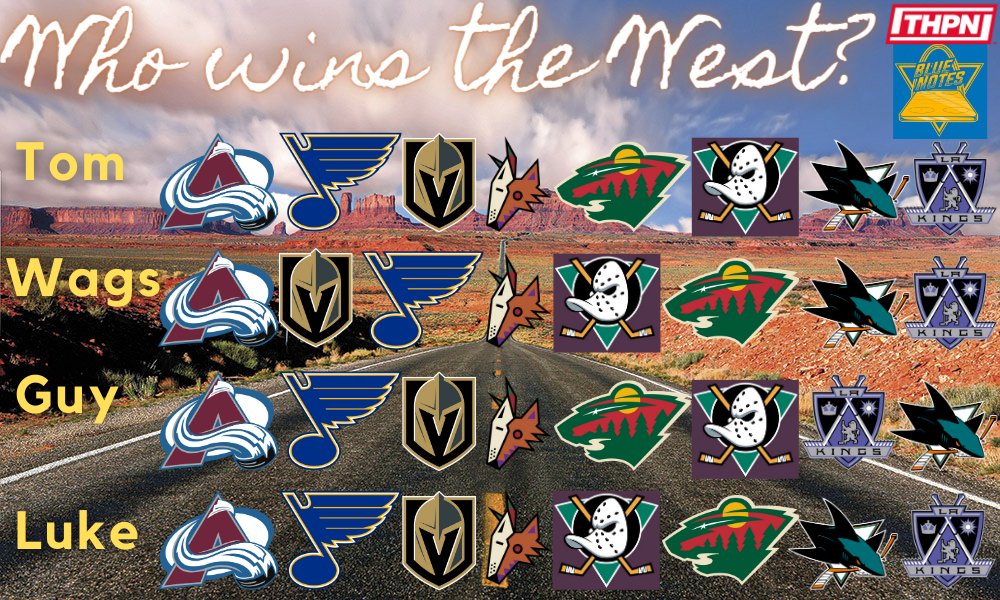 Bluenotes Podcast predicts division finishes. Some Blues Fans we are?

I am a guest contributor on the Bluenotes podcast and was asked to predict the finish of the Western (Gretzky) Division. Naturally, I was tagged on this playful thread. Back and forth it went for hours.

All hockey fans are giddy today. As national and local media members reported on each team and who was skating and who was not. The first-round draft choice getting his first taste of professional life. The Free Agent who is supposed to fill in the shoes of the departed beloved free agent, meeting old foes who are now teammates.

All of us, the casual fan, the diehard season ticket holder, and every one of us would-be and up-and-coming broadcasters fed off every tweet. Mike Ziesberger of NHL.com letting us know Jumbo Joe Thornton, the long time San Jose Shark now in Toronto with the Maple Leafs, was on a line with Austin Mathews and Mitch Marner.

Amalie Benjamin tweets about the Bruins

Then there was Amalie Benjamin also of NHL.com covering the Boston Bruins. She tweeted that “David Pastrnak will not be ready for the start of the year.” She also let everyone know that our “favorite” Bruin “the Rat” Brad “Marchand: I plan to be” ready for the season opener. “That’s what we’re shooting for.”  Marchand had sports hernia surgery earlier in 2020. He also stated that he “Was only playing at 80 percent.” He had not been able to skate with his team until now. Poor Bruins fans.  sorry but I do not think the league is better with Marchand in it.

Reports like these came in from around the league. It felt like information Christmas. The coming season which starts on January 13th with 5 games, will be unlike any season the modern NHL has ever had. The teams have just 8 days left in training camp and will not play any exhibition games.

The shorten season along with the COVID restrictions that are in place means that every game counts. The action on the ice will be fierce. Animosity will build daily. Every day at training camp is just that important.

Teams that brought free agents in, do not have time for the new players to “get it.” Coaches will be tested right from the start.

The fans of the fastest game on ice are in for an “E” ticket ride. Media members will work their tails off to keep you informed. The Podcasting world will be topsy turvy as they all scramble to put the best content out possible. Night after night we will see things we have never seen before.

I felt the infectious excitement this morning. Hours later while I plug away, I can still feel it. That is right, at 10 PM HST I am watching a reply of Team US and Finland in semi-final game two at the World Junior Championship. My TV may not leave the NHL Network for months.

Yes, this excitement is as contagious as a virus. But this is one thing I hope they never find a vaccine for.

The Hockey will be amazing.

Till next time Hockey FANS.

Do not forget to drop me a comment or three

Remember by a fan, for the fans, and most definitely About YOU the FAN.

We use cookies on our website to give you the most relevant experience by remembering your preferences and repeat visits. By clicking “Accept”, you consent to the use of ALL the cookies.
Cookie settingsACCEPT
Manage consent

This website uses cookies to improve your experience while you navigate through the website. Out of these, the cookies that are categorized as necessary are stored on your browser as they are essential for the working of basic functionalities of the website. We also use third-party cookies that help us analyze and understand how you use this website. These cookies will be stored in your browser only with your consent. You also have the option to opt-out of these cookies. But opting out of some of these cookies may affect your browsing experience.
Necessary Always Enabled
Necessary cookies are absolutely essential for the website to function properly. This category only includes cookies that ensures basic functionalities and security features of the website. These cookies do not store any personal information.
Functional
Functional cookies help to perform certain functionalities like sharing the content of the website on social media platforms, collect feedbacks, and other third-party features.
Performance
Performance cookies are used to understand and analyze the key performance indexes of the website which helps in delivering a better user experience for the visitors.
Analytics
Analytical cookies are used to understand how visitors interact with the website. These cookies help provide information on metrics the number of visitors, bounce rate, traffic source, etc.
Advertisement
Advertisement cookies are used to provide visitors with relevant ads and marketing campaigns. These cookies track visitors across websites and collect information to provide customized ads.
Others
Other uncategorized cookies are those that are being analyzed and have not been classified into a category as yet.
SAVE & ACCEPT