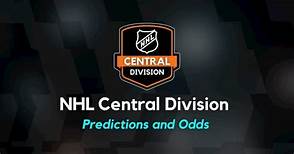 After a bizarre, shortened 56 game 2020-21 season featuring temporary divisional realignment (because of the pandemic), the NHL will to return to a sense of normalcy in 2021-22. The league will once again return to its traditional 82 game season with most teams returning to their pre-pandemic spots in their usual divisions. There are a few exceptions of course, as the league welcomes the 32nd and newest franchise the Seattle Kraken.

The Kraken will debut in their new home, which is the Pacific Division. In order to keep things balanced, the Arizona Coyotes will shift permanently to the Central division giving it some symmetry with eight teams now residing there. Those teams are in alphabetical order: Arizona, Chicago, Colorado, Dallas, Minnesota, Nashville, St Louis and Winnipeg. Here we will preview and give our predictions of the final standings in the Central Division.

Other than budding star Defenseman Jakob Chychrun, Arizona appears to be headed towards a full on rebuild. Former Blues Goalie Carter Hutton is the starting netminder making a modest $750k this season.

The top line of Clayton Keller/Nick Schmaltz/Phil Kessel is formidable, but there’s not much to get excited about after that. Former St Louis Blue Dmitrij Jaskin returns to the league after tearing up the KHL the past couple seasons averaging better than a point per game.

He should slot in to the third line, and it will be interesting to see if his resurgence translates over to the much different conditions of the NHL. This team appears to be a dumpster fire in the works.

The Jets seem to be one of the most compelling, if not uncertain teams heading into this season. They kept the core of the team together while trading 2 second round picks to Washington for Dillon. They are very solid in net with Connor Hellebuyck slated to start most nights, but a lot of questions remain after that.

Their top two pairings defensively Joshua Morrissey/Nate Schmidt and Brendan Dillon/Neal Pionk should be ample protection along the blue line. Will the top line of Blake Wheeler/Mark Scheifele/Kyle Connor be able to produce enough offense to propel the Jets to the playoffs? Wheeler and Paul Stastny are both entering the last years of their careers, so it should be interesting to see what’s left in the tank.

Following the retirement of future Hall of Famer Pekka Rinne, the net now officially belongs to Juuse Saros. The Preds appear to be going through a mild rebuild, while still figuring to be competitive at the same time. They were unable to shed the albatross of a contract of Matt Duchene ($8 million AAV) despite their best efforts.

They locked up Mikeal Granlund who inked a 4-year $20 million deal. They also extended RFA’s Dante Fabbro, Saros, and Eeli Tolvanen. After all the offseason moves, the Preds are sitting pretty with over $11 million in cap space.

Roman Josi remains a force on defense, but it’s hard to imagine the Predators scoring enough goals to finish near the top of the division. Nashville will host the Stanley Cup Champion Tampa Bay Lightning in an outdoor game on February 26, 2022.

The game will be played at Nissan Stadium (home of the NFL Titans) and is only the second time the Predators will have played in an outdoor game. They previously lost at the Cotton Bowl to Dallas New Year’s Day 2020.

Chicago made a big splash by adding not only Defenseman Seth Jones, but also Marc-Andre Fleury via trade. After being acquired in an offseason trade, Caleb Jones joins up with his older brother Seth Jones. Longtime Blackhawk Duncan Keith was traded to the Edmonton Oilers in exchange for a conditional third round pick. The pick could become a second if the Oilers and Keith reach certain postseason success.

Jones and De Haan should form a very good top pairing on defense. Alex DeBrincat/Kirby Dach/Patrick Kane and Dominik Kubalik/Jonathan Toews/Tyler Johnson should provide plenty of scoring punch. Although MAF is still an elite goalie, the question is how much will he help Chicago’s defense?

The duo of Malcolm Subban/Kevin Lankinen was very solid last year, so the defense must step up and make life easier on the goalie if they expect to contend this season.

The Stars look to be improved defensively with Suter stepping in and most likely playing huge minutes, even at the age of 36. He should partner up with Miro Heiskanen on the second pairing. The first pairing should be solid with the duo of Esa Lindell and John Klingberg. Holtby and Anton Khudobin look to be a solid goalie tandem. Offensively the top line of Jamie Benn/Tyler Seguin/Alexander Radulov should lead the way.

The Stars have spent all the way up to the cap this year but are projected to have over $23 million to spend after next season. Veterans Joe Pavelski ($7 million AAV) Alexander Radulov ($6.25 million AAV) and Klingberg ($4.25 million) notably will become UFA’s.

The Blues are one of the most polarizing teams heading into the upcoming season following lots of personnel movement. They lost Vince Dunn (expansion draft) and fan favorite Jaden Schwartz to the new kids on the block Seattle Kraken. Also, Sammy Blais was dealt to the New York Rangers bringing in up and coming star Pavel Buchnevich.

Brandon Saad was brought in on a typical Doug Armstrong special signing for only $4.5 million AAV. The Blues also brought bask Tyler Bozak on a team friendly deal for the league minimum (potentially $2 million based on bonuses). The Vladimir Tarasenko trade drama has temporarily stalemated, and he appears to be returning on one of the top 2 lines.

RFA Robert Thomas remains unsigned, but recently was skating with the team. The Blues should be very deep up and down the lineup providing lots of help from all four lines. Beyond the top 2 defensive pairings, there are plenty of questions of who will step up and seize the role between Niko Mikkola/Jake Walman and possibly Scott Perunovich.

Assuming young star Kirill Kaprizov reaches agreement with the team, the Wild should roll out 2 great lines. As of this writing however, Kaprizov remains in his native Russia and will not report to training camp until he signs a new contract. The possibility of the current Calder Trophy winner playing in the KHL is also a possibility.

If he returns, the top two lines of Jordan Greenway/Joel Eriksson Ek/Marcus Foligno and Kaprizov/Victor Rask/Mats Zuccarello should provide plenty of scoring. The third line is anchored by veteran Kevin Fiala along with gritty Ryan Hartman and Nick Bjugstad. The Wild boast a steady, veteran group of defenders most notably Jonas Brodin, Matt Dumba, Alex Goligoski and Jared Spurgeon.

The Av’s were absolute world beaters last year before ultimately stumbling in the playoffs, eventually falling to the Vegas Golden Knights. They are once again Vegas betting favorites again this year and are hoping to finally get over the proverbial hump. The good news is they return much of their core, including their superstar top line of Captain Gabriel Landeskog/Nathan MacKinnon/Mikko Rantanen.

Former NHL plus/minus leader Ryan Graves was traded to the New Jersey Devils in the off season. He most likely would have been lost in the expansion draft, so they made the trade for Mikhail Maltsev, and received a 2nd round pick in the deal. The defense looks solid if not top heavy, led by budding superstar Cale Makar. The bottom two of Bowen Byram and Ryan Murray along with netminder Darcy Kuemper raises some concerns.

This is how we at the Fan Report see it. How do you see this division shaping out?

Please leave your feedback and predictions in the comments!

Brian Phipps is a lifelong St Louis Blues and Mizzou Tigers football fan. Very proud, yet humble husband and father of one beautiful daughter. He is also the founder of the Facebook Group “All Blues Everything”

If you would like to write for the Fan Report, send an E.mail to Guy@stlfanreport.com

Internships at STL Fan Report could become a paid position.

We use cookies on our website to give you the most relevant experience by remembering your preferences and repeat visits. By clicking “Accept”, you consent to the use of ALL the cookies.
Cookie settingsACCEPT
Manage consent

This website uses cookies to improve your experience while you navigate through the website. Out of these, the cookies that are categorized as necessary are stored on your browser as they are essential for the working of basic functionalities of the website. We also use third-party cookies that help us analyze and understand how you use this website. These cookies will be stored in your browser only with your consent. You also have the option to opt-out of these cookies. But opting out of some of these cookies may affect your browsing experience.
Necessary Always Enabled
Necessary cookies are absolutely essential for the website to function properly. This category only includes cookies that ensures basic functionalities and security features of the website. These cookies do not store any personal information.
Functional
Functional cookies help to perform certain functionalities like sharing the content of the website on social media platforms, collect feedbacks, and other third-party features.
Performance
Performance cookies are used to understand and analyze the key performance indexes of the website which helps in delivering a better user experience for the visitors.
Analytics
Analytical cookies are used to understand how visitors interact with the website. These cookies help provide information on metrics the number of visitors, bounce rate, traffic source, etc.
Advertisement
Advertisement cookies are used to provide visitors with relevant ads and marketing campaigns. These cookies track visitors across websites and collect information to provide customized ads.
Others
Other uncategorized cookies are those that are being analyzed and have not been classified into a category as yet.
SAVE & ACCEPT